← more from
Our Golden Friend

A Quality Of Mercy 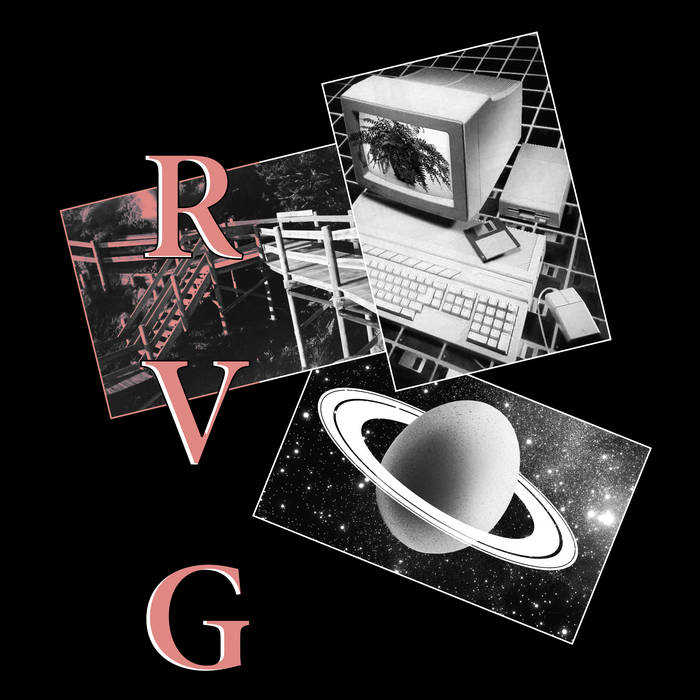 Alexou_Alexou This is my number one discovery of the year so far !
The subtle mix between post-punk and pop results in memorable melodies, melancholic atmospheres and yet catchy tunes.
I can hear influence from The Smiths, but the album never sounds like an imitation, the band already have its own identity.
I haven’t been that much into an album for years, you definitely need to give it a try. Favorite track: Vincent Van Gogh.

Michael Wright Have you seen Romy play this live?!?! Favorite track: That's All.

keetmusic Sometimes brutal, sometimes humorous, always honest, this album drills right to my heart and touches me in unique ways. It gives expression to buried thoughts and feelings I can only catch brief glimpses of most times, and makes them gentler by making me feel connected. I love it. Favorite track: The Eggshell World.

When RVG first self-released their debut LP, A Quality Of Mercy, there was no press release. No one sheet. No music video. No proper band photo. No image to uphold. No narrative to forward.

Instead, there were just two guitars, bass, drums. Eight songs. Classic songs. Songs recorded by the band, live off the floor, at Melbourne’s iconic rock’n’roll pub, The Tote. Songs that leant on the band’s heroes —the Go-Betweens, the Soft Boys, the Smiths— whilst never sounding like homage or pastiche. Songs hitting that sweet spot between light and dark, employing guitars both angular and jangling. Songs passionately sung by Romy Vager, the eponymous leader of a band once called, in full, Romy Vager Group.

Vager had arrived in Melbourne, from Adelaide, in full Goth wardrobe, as a teenage runaway. Her first band, Sooky La La, was built on anger, discordance, screaming. They found no following, and routinely cleared rooms. In the wake of their demise, Vager committed to write songs that people would actually like, and want to listen to; to match alienation to melody, introspection to big refrains.

She was living upstairs at The Bank, an erstwhile recording, rehearsal, and performance space housed in an old bank building in suburban Preston. The Bank was a scene unto itself: Jaala, Gregor and Hearing, all played there, practiced there, lived there. Dwelling in this big house, surrounded by musicians, hearing their songs coming through the walls, Vager couldn’t help but be inspired.

She committed to playing her first show, downstairs, in September 2015, launching a tape of solo songs that hadn’t actually been pressed. Angus Bell (Drug Sweat, the Galaxy Folk), Reuben Bloxham (Hearing, Gregor and fellow Bank resident), and Marc Nolte (Rayon Moon), were recruited to be a one-off backing band. But once they’d played together, one time, without saying it, they knew all they were a Group.

With wit, passion, and commitment, they played those songs. Those classic songs. Songs about the myth of the tortured artist, about the isolation of being trans, about falling in love with a computer, about awaiting your fate on death row. That latter number, A Quality Of Mercy’s title-track, was born from Vager imagining herself in the mind of the Bali Nine, and features the instantly immortal couplet: “Staring at the ceiling, feeling numb/thinking about the readers of the Herald-Sun”.

It’s a song about empathy and perspective; two things in short supply in tabloid newspapers, on social media, in a world turning more steadfastly partisan by the day. Its title comes from an episode of The Twilight Zone (“The Fall had a few songs named after Twilight Zone episodes, too, which I like,” Vager says, chuffed), in which an American GI holds the fate of Japanese soldiers in his hands, then finds himself in the shoes of a Japanese soldier, holding the fate of Americans in his hands. In its call for understanding over moral posturing, the song rings out like a clarion call, and makes for an apt title track.

All of the songs on A Quality Of Mercy find Vager trying to move beyond ego, beyond the simple confessional of the songwriter, hoping to find perspective on both world and self. In such, these songs are at once personal and universal, intimate and grand, timely and timeless. They’re classic songs. And there’s eight of them. Adding up to a perfectly-formed debut that says so much, yet gets out in under half-an-hour.

Melbourne’s RVG return with their highly anticipated second album, Feral.
Following their beloved 2017 debut ‘A Quality of Mercy’, RVG perform the tricky alchemy of combining rock’s urgency, punk’s anarchy, and pop’s empathy to create a record that feels vital: Feral is a catharsis, a call to arms, and a forthright indictment of contemporary complacency. ... more

Bandcamp Daily  your guide to the world of Bandcamp